I am currently in Monrovia, Liberia, for what is an exciting productive trip for KBNF.

Liberia is hosting the 62nd annual Western African College of Surgeons conference, which has just started today. I am attending with the hope of getting to know & building rapport with the 50+ neurosurgeons that are expected to come to the conference. I am particularly looking forward to seeing if there are opportunities to partner and strengthen relationships with the attending surgeons.

I came over on my own and have appreciated Ben and Afua along with Alvin and medics helping me achieve various objectives.

I brought two suitcases of donated KBNF supplies with me, filled with OR supplies that Alvin Nah Doe specifically asked for so he can do 10-20 surgeries. These donations were requested and in fact, the next morning, were immediately put into use. 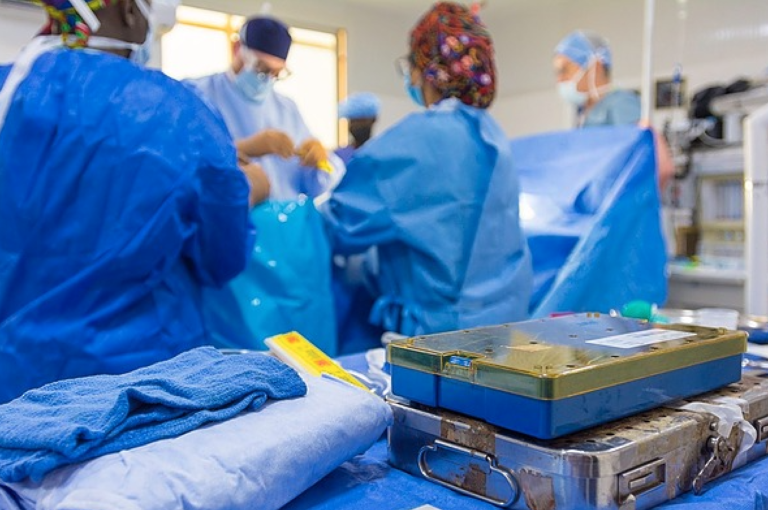 During this whirl wind of a trip, I will also take the time visit JFK hospital to evaluate their current and future operational objectives. We are also looking forward to distributing more supplies and equipment out of the warehouse to medical clinics, rural hospitals, and the Emergancy Medical Services.

As we expand KBNF, this will look like implementing more structure into our Liberian team. I will be conducting interviews for potential candidates for an operations manager & warehouse coordinator for our Liberian warehouse so we can establish a KBNF-Liberia operational leadership team.

I am so expectant for this trip, please keep me in your thoughts and prayers. I certainly look forward to seeing you when I get back, no doubt I’ll have so much to update you on and have many stories to share from those I met with. 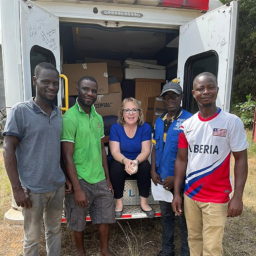 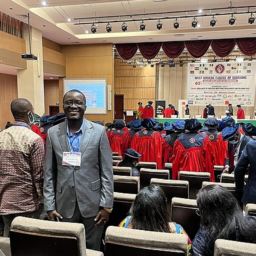 It is that time of year again, where we are doing our annual membership drive. Please renew your membership to join the AGM on June 11th.  This year in addition to cheques (payable to Korle-Bu Neuroscience Foundation) or cash you can also purchase your $30.00 membership online.

During 2021, it became more evident that with the growth of KBNF, return of medical missions and expansion in education and training, that we needed to build more capacity. The board approved a shipping and logistics manager position.

It is an absolute pleasure and honour to introduce Shirley Scharfe, who joined our small but mighty KBNF staff team back in January this year.

Shirley grew up in a naval family and thus moved back and forth across the country.   She settled in Nova Scotia for university and stayed after receiving her BA and Bed from Acadia.

She married and taught in the public schools for seven years before buying a fabric, yarn, and sewing machine shop. This is where she learned to repair sewing machines. After her two sons, Aaron and Zachary, were born, she closed up the fabric shop, while still repairing sewing machines and increased her substitute teaching. This eventually led her to homeschool the two boys and several other students resulting in a small private school run for 10+ years.

In March 2020 she packed up her van and drove to Ontario to visit her sister and to help her prepare and pack up to join Shirley for the move to the West Coast. Two months later, Shirley was in Vancouver with her sons, both graduates of Trinity Western University, and looking for a permanent home.

Aaron Fedora is on the board of KBNF, so, of course, his mother got more involved. It was in January, with our recent growth, that we were able to offer Shirley a position on our KBNF staff. 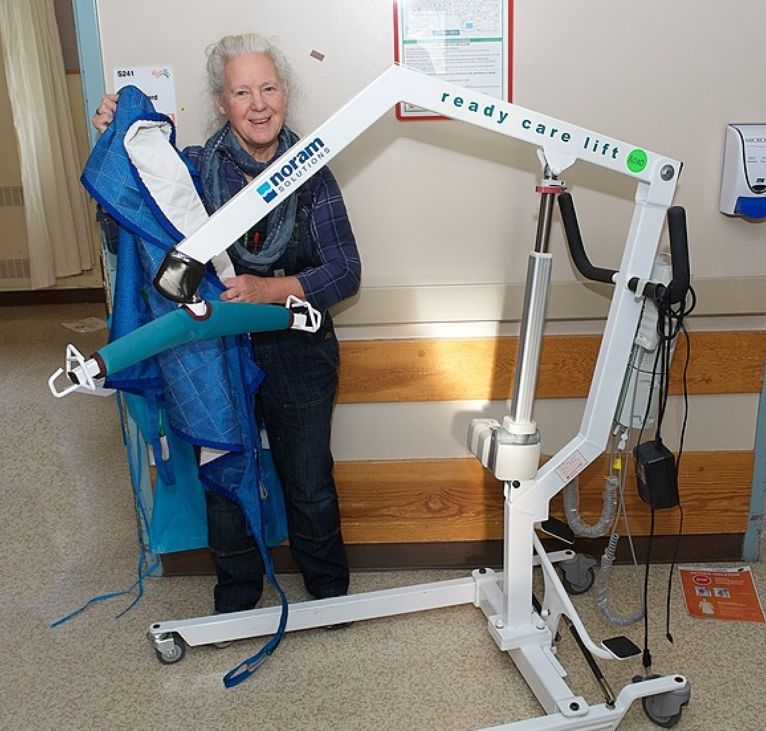 Heavily looted during the civil war, Bong Mines hospital, like many other hospitals in Liberia today, is struggling with a lack of essential supplies. It is so great that KBNF are able to send what is so desperately needed out into these rural parts of Western Africa.

During KBNF’s parternship visit to Ghana in November 2021, the team had the privilege to visit the High Commission of Canada in Ghana, tour different hospital facilities and meet with local champions who are dedicated to improving the healthcare of their country. The Chief and Queen Mother of Chiraa facilitated a special visit for the team to Chiraa Hospital. They celebrated together, as a container was loaded in October 2021.

This month the eagerly awaited container arrived! Included in the container were hospital equipment like, examination tables, stretchers, mattresses, rehab equipment, ultrasound machine and an OR Table to name a few. 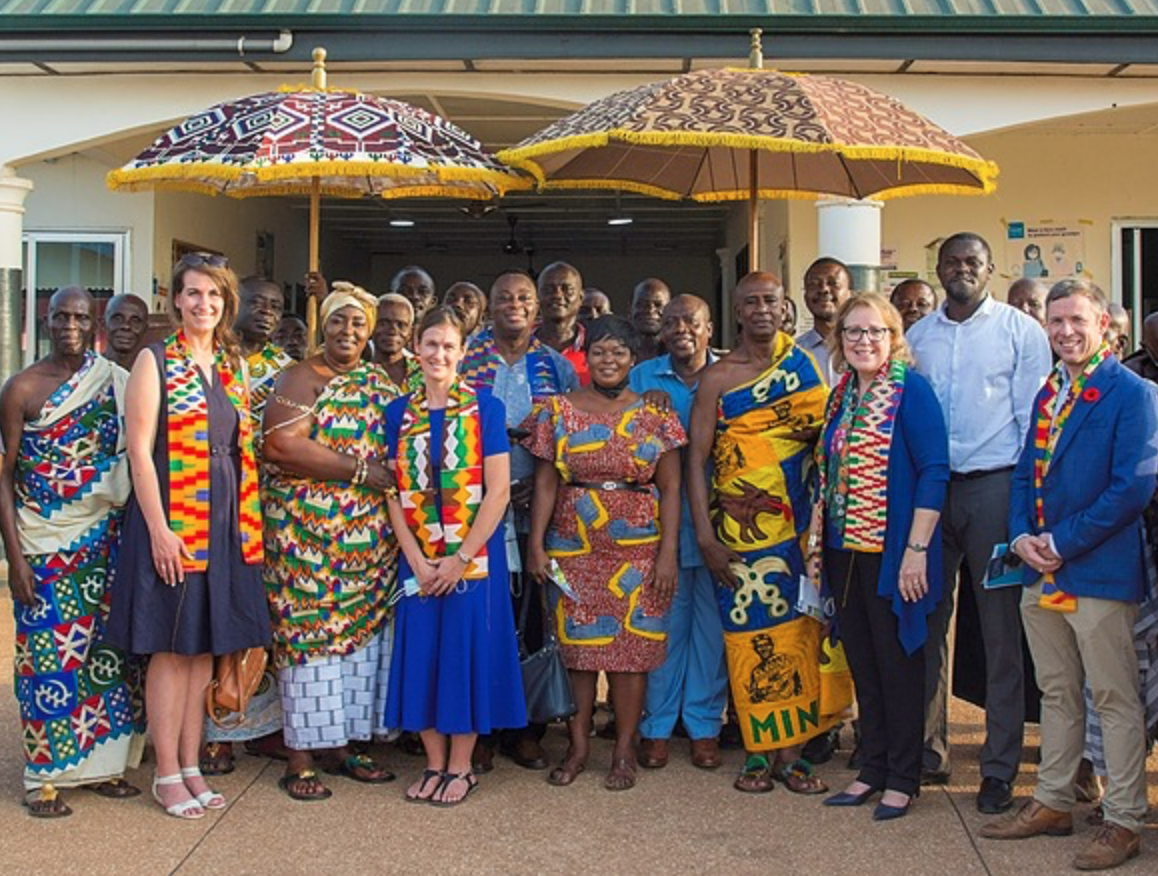 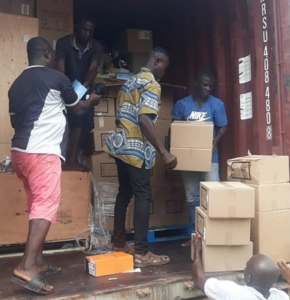 Do you know someone who wants to join our Team?