An energetic 66 – 76 nurses from regional, local and non-profit Liberia hospitals as well as 2 nurses from The Gambia attended our 2 day nursing program and workshop.

Led by Marj and Ernie, What Makes Neuroscience a Unique Specialty launched Day 1.

Basic Cardio-Respiratory Skills came next, while Heart Power (HP) – caring with your heart, caring with compassion –was integrated throughout all content.

The nurses are often heard referring to Heart Power as they affirm they are watering their camels (a HP principle) today!

You are as critical to this mission as any team member.

Your financial support enabled this mission in the first place and never underestimate your impact. We are a team, creating miracles in many lives and communities.

“The longer I live, the more I realize the impact of attitude on life. Attitude, to me, is more important than facts. It is more important than the past, than education, than money, than circumstances, than failures, than successes, than what other people think or say or do…The remarkable thing is we have a choice every day regarding attitude. We cannot change our past…we cannot change the fact that people will act in a certain way. We cannot change the inevitable. The only thing we can do is play on the one string we have, and that is our attitude…I am convinced that life is 10% what happens to me and 90% how I react to it. And so it is with you…we are in charge of our attitudes.” – Charles Swindoll

Distribution is in full swing. Hospital and clinic administrators and designated staff are acquiring items daily. Medical specialists are locating items they haven’t seen in years or ever.

Jonathan Hart, a young cardio-thoracic surgeon came by to see what we may have that he could use.

He was delighted by finding cardiac treasures.

Jonathan then told me his life history.

He was born of Nigerian parents (civil servants) and during the Liberian civil war in the late 90’s, they were sent by their government to Liberia to help with peacekeeping.

Rebels captured them here in Monrovia and in front of 8 year old Jonathan, they savagely murdered them, mom first then dad.

He was rescued by a neighbour who stealthily retrieved him from the house and they walked all the way to Sierra Leone.

His rescuer lost her life when found by rebels on her return to Liberia and Jonathan lived homeless on the streets of Freetown for 5 years.

At 13, the Salvation Army took him in and he lived in an orphanage for the rest of his childhood.

At 16, they gave him the opportunity to become a doctor.

His passion is to care for Liberian children with operative heart conditions.

He’s going to India in January for a fellowship in pediatric cardiac surgery. In this incredible interview, at times Jonathan would struggle to hold the tears back.

A hospital in Maryland County, inaccessible by road, flew in by helicopter to pick up supplies. Distribution to a rural hospital and clinic is being delivered by our team.

Warehouse alterations are waiting for funding.

We need to renovate the currently non-operational bathroom and set up a distribution office. It’s going to cost around $5k.

Mission essentials have been challenging to secure for months now.

We have tackled acquiring these items on various levels.

Transport to the hospital continues to be undertaken multiple times daily. Gas prices are staggering for Liberians these days.

Acquiring gasoline is a challenge.

Consequently, we are spending more on gas than we had budgeted for.

Dama Yekeson-Koffa, JFK Hospital Deputy Chief and her husband are providing vehicles and drivers throughout our mission to transport team members arriving and/or departing daily as well as for trips within the city. 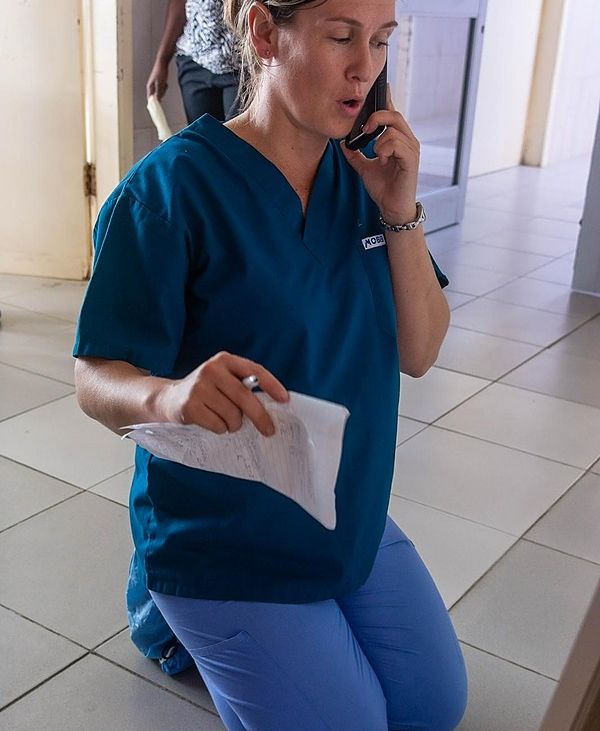 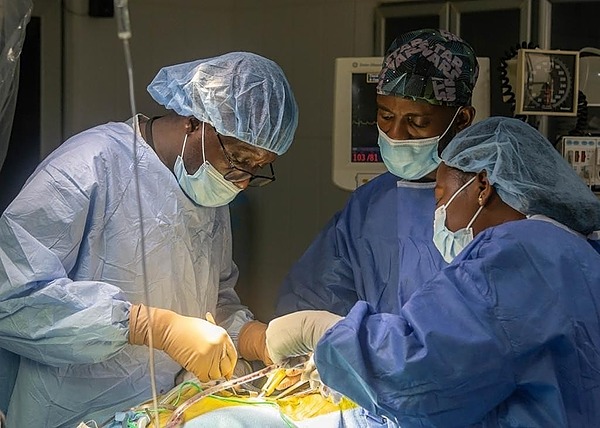 Our neurosurgery mission is steadily growing.

Harry is a member of our Board of Directors, and he has mentioned twice to me now while shaking his head, that the spine issues of Liberians awaiting surgery are so complex that he should relocate to Liberia.

The surgeries require specialized spine and brain sets, something that we have not yet been able to procure for Alvin.

Consequently, sets are being loaned to us for the mission and airlifted in. During this mission, Alvin will be mentored on the use of these specialized tools and we are planning to acquire them for him when the budget allows and/or when donated.

Patients are arriving daily in our unit, while surgeries begin mid-late morning and conclude around 8pm. 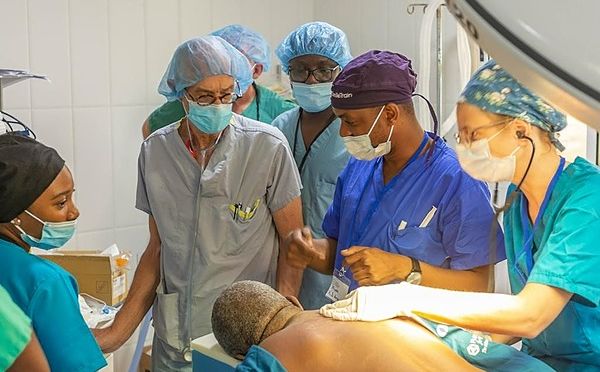 We’ve been thrown a loop over the diminished value of the Canadian dollar against the USD. A 30% loop.

Even the hotel manager is telling Rose that where a few months ago, it cost $30K / month to power the hotel, it’s now costing them $65K / month.

They are not making much profit on our stay. Gas for vehicles is at an all-time high.

Femi Bankole, KBNF Nigerian neurosurgeon, shares that Ernie is invaluable in ensuring that the ongoing surgeries in our 2 surgical suites are running smoothly.

Whether he’s searching for catheters, drapes, dressings, or adjusting / relocating the C arm so photos can be taken intra-op, or aiding in the repositioning of a patient, Ernie ably serves for up to 12 hours / day.

The surgical teams are grateful to Ernie for his diligence in helping to provide safe surgery.

Ernie’s impact extends to the nursing unit, where he can be seen daily following up on patients needing advanced care. 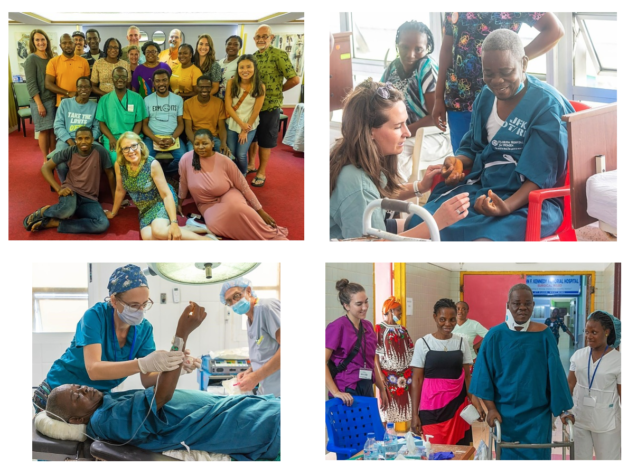 We would love to bring you along on a surgical mission so that you can see firsthand the impact that is being made through KBNF!

We know this isn’t possible for everyone, so this year we want to bring the mission to you!

Join us on December 11th at Steamworks in Downtown Vancouver for the 2022 Mission Celebration: A Korle-Bu Christmas Party.

It will be an evening to hear from some of the mission participants, support KBNF’s efforts to build neurosurgery capacity in West Africa, and celebrate the Christmas season together.

The evening will feature a delicious buffet dinner and premiere photos and videos from the team’s trip.

Do you know someone who wants to join our Team?
Contact Joanna Lesur on 604-789-4315 or joanna@kbnf.org to get them involved.